Shortly after Battle of Mogadishu American reinforcements start to arrive in the form of IVFs and MBTs. These forces are deployed straight away into an assualt up on a pro-Aidid neighbourhood. The Somlians have found an T-55 from the Ogden War! 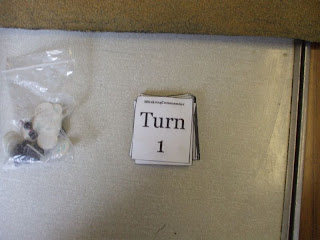 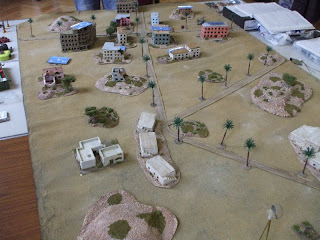 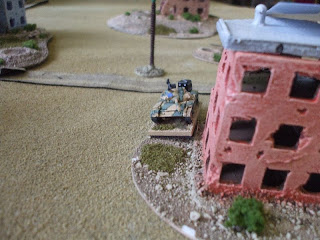 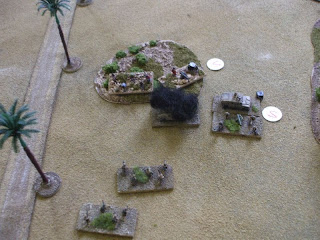 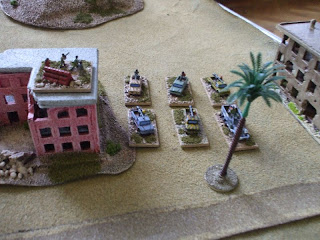 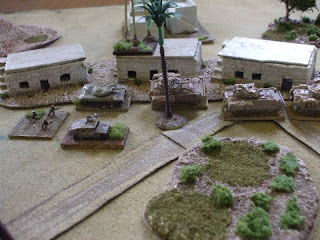 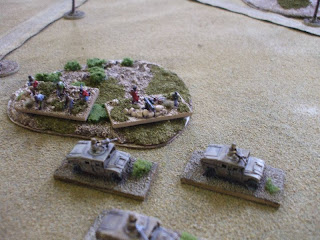 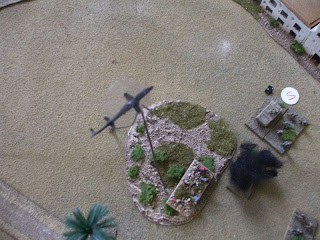 The Americans roll forward on the right flank a number of succesfull command roll and a command bonus allow for a rapid progession which revels the position of the T-55 which draws some fire. The American HQ receives friendly fire and the Somalias launch a devasting AMBUSH! The Yanks retaliate with an attack helicopter. 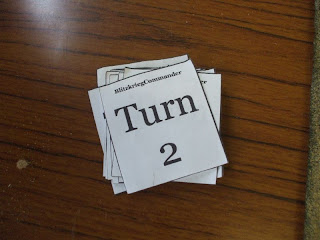 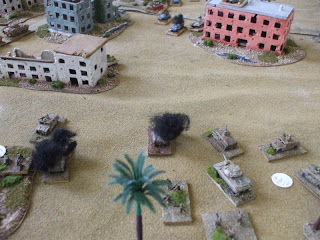 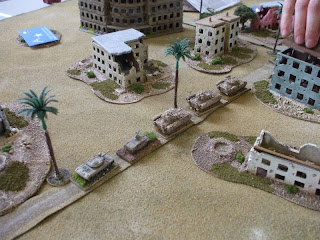 Rangers assualt the remenants of the Somalian ambush. Long range combat between the Yanks and the Somlian technicals, leaves smoke on both sides. The bradleys head into town, that building looks ominously like it might be full of skinnies... 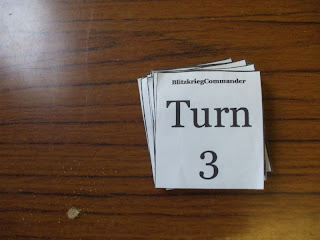 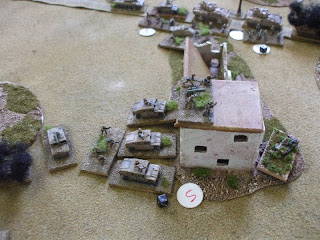 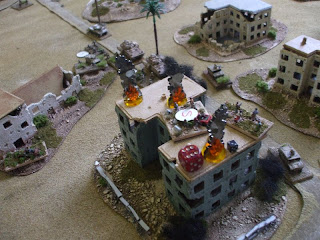 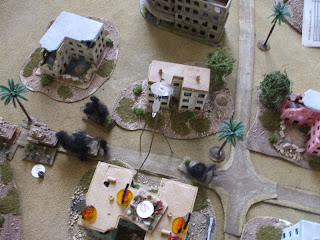 It is! The Somalians open up with volley fire from RPGs and take out a Bradley and a Humvee! Meanwhile the American sniper supresses a Somalian HQ. The Yanks score a command bonus and while the troops dismount the vehicles punish the skinnies, the dismounts add to this volume of fire pouring into the building, a TOW humvee and the attack chopper attempt to level the building. The American CO attempts to send in an air assualt but fails. From another building a swarm of Somalians storm out and race across the sand but run of steam just short of their target.

Its break test time for Adids boys and they fail!
Posted by Big Dave at 08:34