A 4500pt Welsh/Irish Guards battlegroup vs. 3000pts of German Stugg Brigade. The scenario is assualt with the Germans in defence. 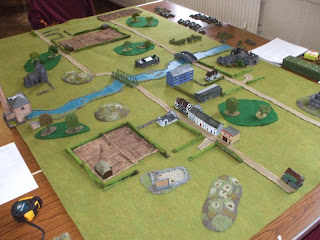 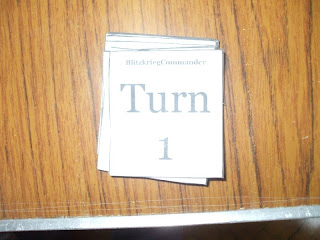 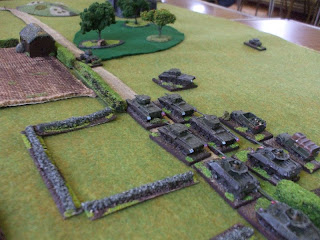 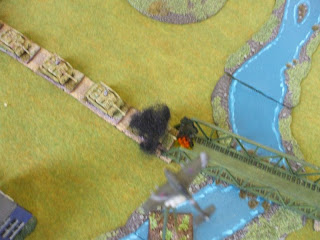 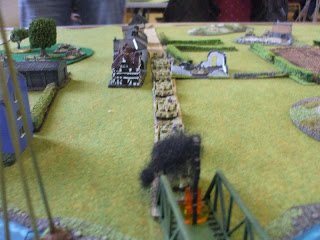 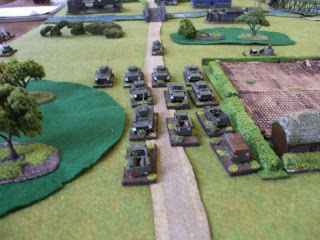 The British advance starts in a lop sided fashion as only one force arrives, the Germans send out a force of Stuggs which with a large number of command rolls reachs the river. However the RAF think that the Germans are taking a liberty and send in the Typhoons who brew up the lead Stugg. With a bit of encouragement from their CO the other Guards formation puts in an appearance. 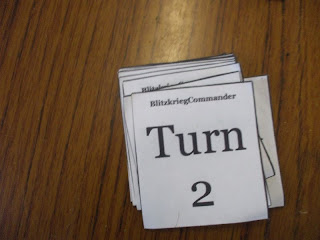 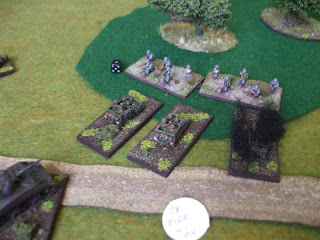 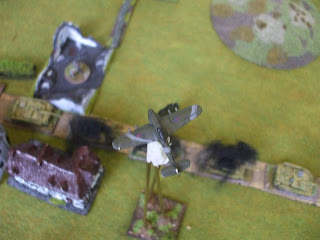 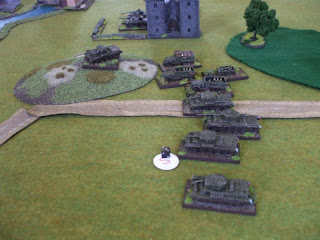 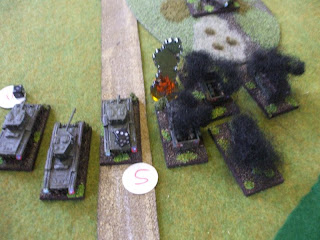 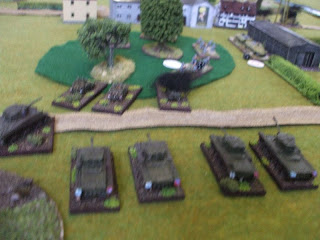 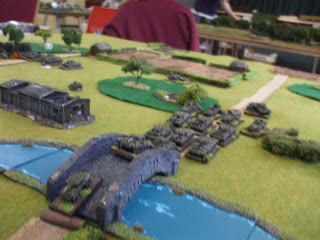 The British flanking force arrive and devestate a section of infantry and a half track, however the panzerfausts take out a bren carrier full of assualt engineers and a wasp. German Nebelwerfers devastate the Guards motor infantry (four halftracks and their occupants) and another wasp. British counter battery fire has little effect on the mobile Nebelwerfers. Meanwhile the RAF return and brew up three more Stuggs on the road.  The British start to cross the river on one side, appearing to adopt what looks like an cavalry wedge formation! A second group of Stuggs starts to exchange fire with Cromwells and M-10s across the river. 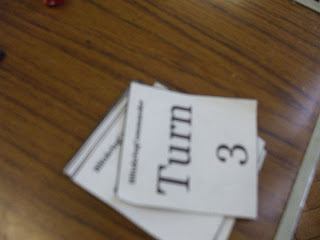 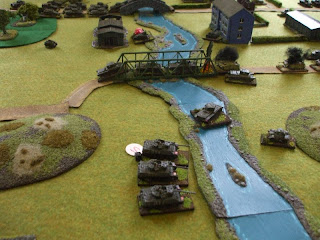 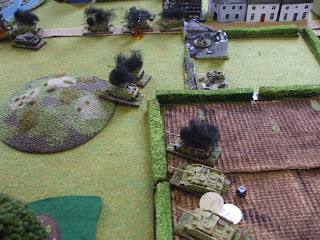 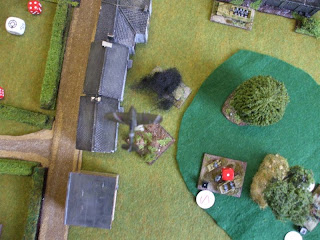 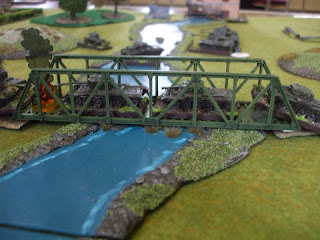 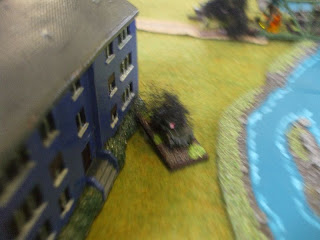 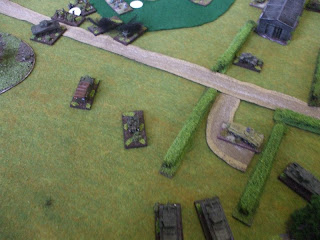 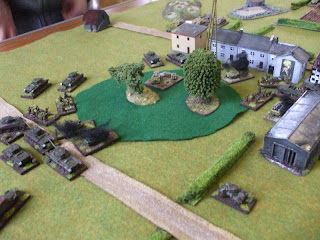 The dual between the M-10s/Cromwells and the Stuggs continues, the M-10s are suffering badly from mortar fire. Nebelwerfer fire claims am armoured car and damages the British CO! Meanwhile the RAF take out a halftrack and damage the German CO - tit for tat! A large number of command rolls from the British allows one of their formations to move 85cms down the road and clear out the last of the German resistance on the let flank. 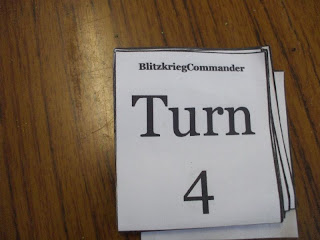 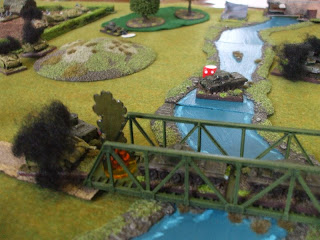 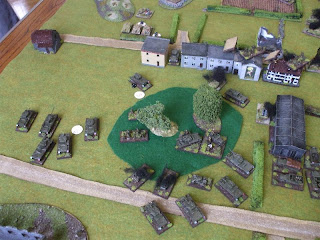 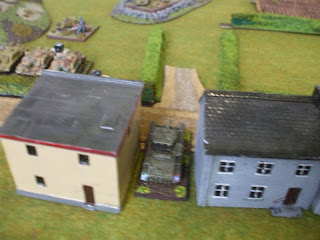 The Germans pass a break test at -2 to stay in the game, but despite both sides fireing off a lot of rounds not one unit is KO'd!

The Germans however do not pass their next break test and the British claim a good victory.