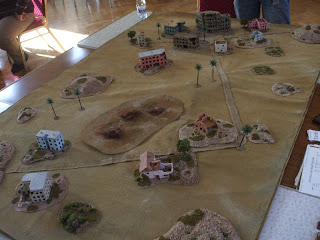 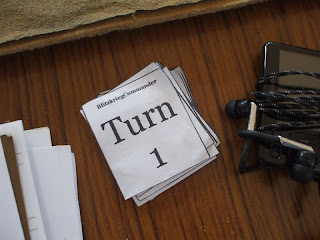 The Eygptian forces lay down a smoke screen and advance quickly, however they are stopped on the right flank by a blunder. The IDF has a harder time with little of their forces arriving and losing two tanks to a command blunder! 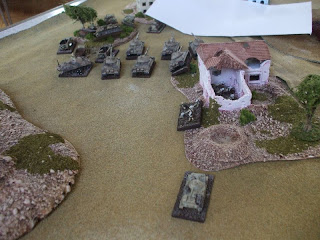 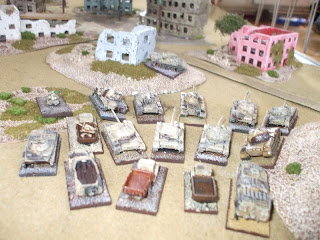 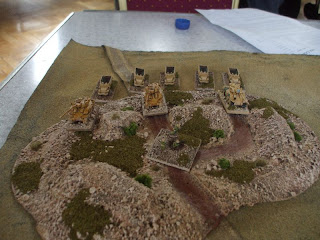 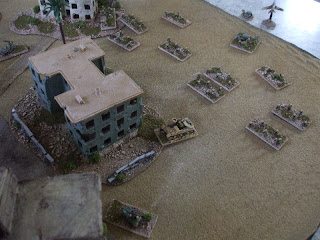 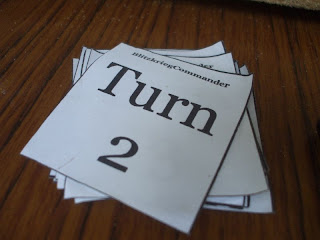 The advancing IDF infantry battalion is taken by suprise when they are flanked by a battalion of T-55s! However their armour arrives and uses its longer range to do much damage to the T-10s. To top it off the T-10s commander blunders and they are forced to withdraw, thats 6 blunders in 2 turns! 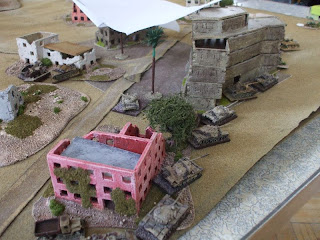 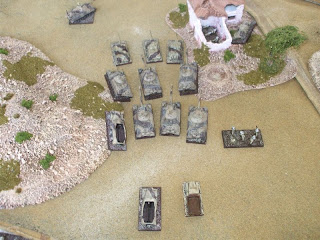 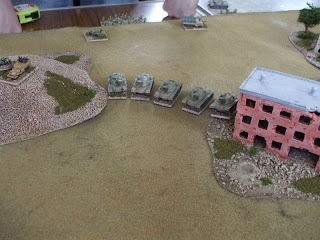 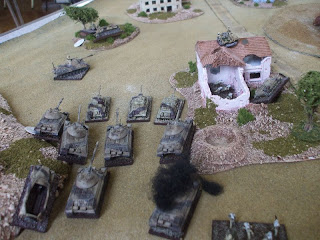 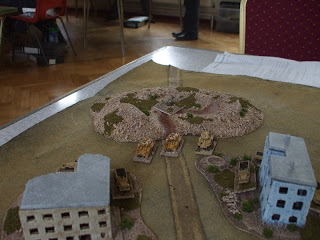 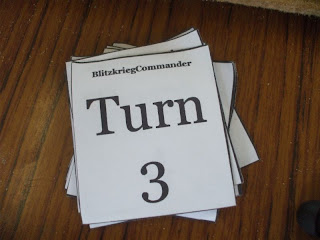 As the smoke lifts things start to turn bad for the Eygptians, however they do continue to inflict heavy damage on the IDF infantry. The Arab arty also smashs many parked half-tracks. 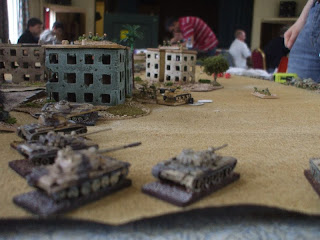 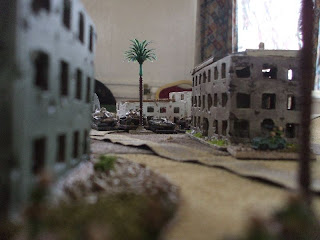 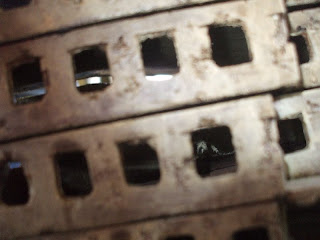 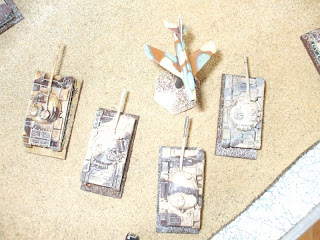 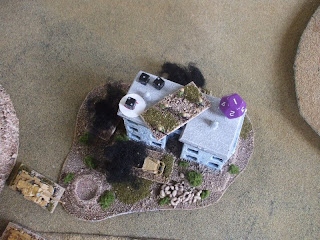 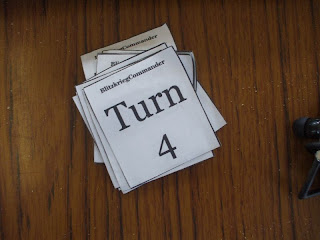 The T-10s continue to suffer with attacks from all sides, their air defence unit does however drive off the mirage. 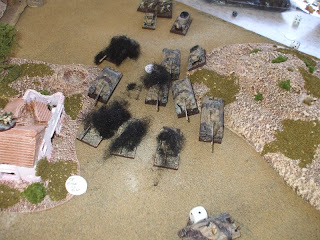 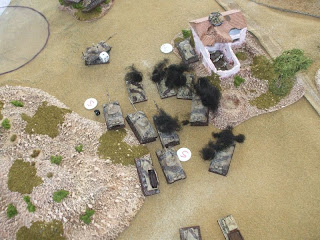 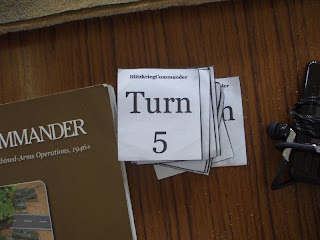 First things first the Israeli's pass their break test to stay in the game, they seem invigorated by this and their M-48s form a firing squad that starts along the T-55s! 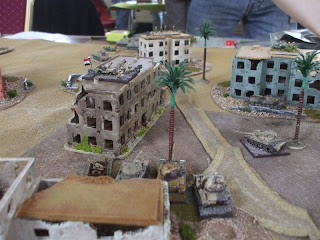 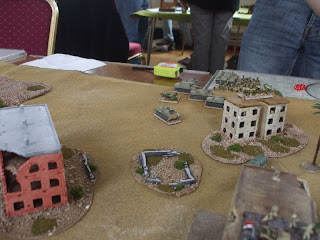 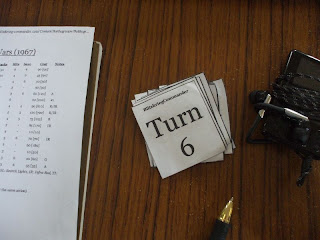 Despite their increasing dominance the Israelis need to pass a breaktest at -2 to stay in the game, which they do. On the left flank artillery supresses both sides commanders creating a tempory break in the decimation of the T-10s! The remaining ranks of the T-55s pepper a building and finally destroy the infantry hiding inside! 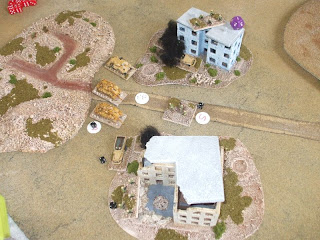 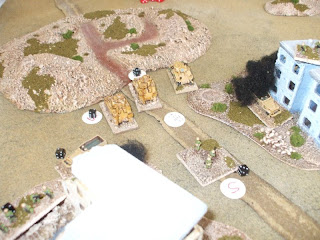 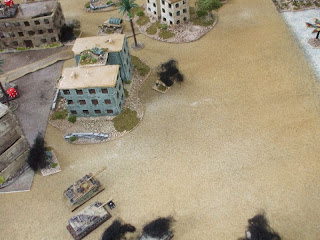 Its break test time for the Israelis, this time at -6, they fail! victory for the boys from Cairo!